On abandoned planets and lost posts, on orbits around nothing: the giant green head and snowmen, the backpack and wheel people, the algae-covered, golden, sweating figures, the snail-like, insect-like, tightly-wound creatures from Marc Aschenbrenner’s cosmos move within unstoried spaces. They are lonely. They feel, but their feelings are often unrecognizable. Every moment is a condition. Either they blindly fight against the violent acts that tear at them, or they surrender to the elements and float, swim, completely die in them. And sometimes, there is only breathing –  as the sole sign of life and the expression of ultimate abandonment. Like an astronaut who glides through space and is only able to hear himself inhale and exhale in the all-encompassing silence.

Marc Aschenbrenner studied painting; then experimented quite early with Super 8 film techniques and increasingly turned to video. Whether in film, performance or drawing, the artist asks first and foremost how a person becomes an image and a figure, i.e how a figure is created and disintegrates, how a symbiosis occurs with the space. “Formally, I try to work as simply as possible and remove the inessential” says the artist.

The world as a creation of fools, the body as a marionette, claustrophobia and loneliness: Aschenbrenner’s work expresses much more than simply a regressive, anti-modern impulse, more than mere existential philosophy. Here is a hint of the heretical life attitude of gnosis that already destroyed the original Christian church: the fundamental-dissident knowledge that one is in the world but not of it. The polemical claim that no loving god could have made the universe, but rather a demon. But that there is something of light in the human soul that has the stuff to take a stand against the world. Something that could spark the world – Daniel Völzke

Marc Aschenbrenner (b. 1971 in Linz, Austria)  grew up in Tirol, lives and work in Berlin. From 1991 to 1994 he studied painting at the School of Fine Arts in Linz and from 1994-19 99 multi media with focus on video. Among others, he participated in group shows and performances at ICA London, Kunsthalle Wien, Kunstverein Hamburg, Frankfurter Kunstverein and in the Museum of Contemporary Arts in Dallas, Annemasse, Peking, Rio de Janeiro and several performance festivals. Since 2007 Aschenbrenner has been working together with the  theatre group Gintersdorfer/Klaßen. 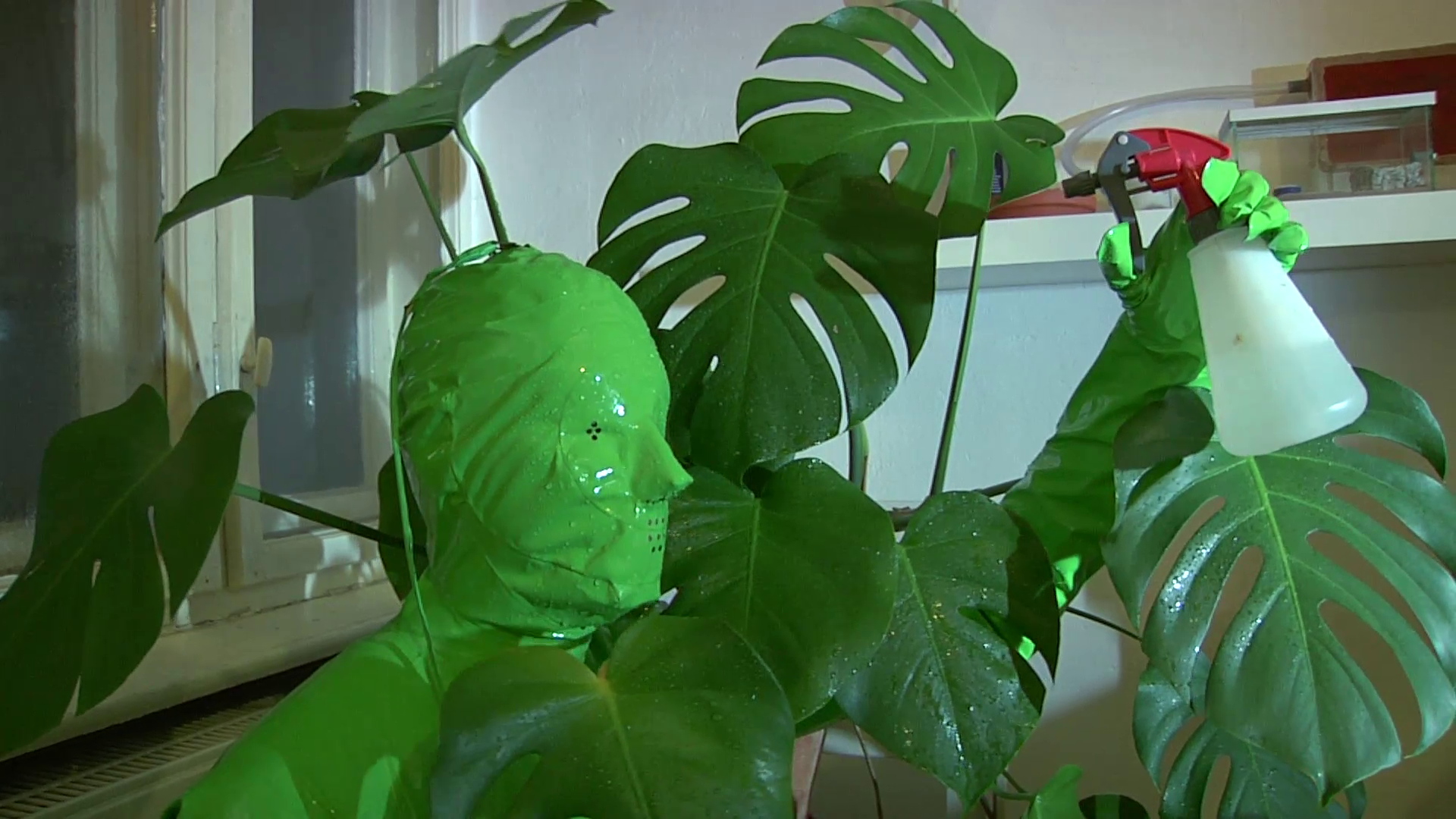