In September is The New Black Dani Gal works with the excessive media coverage of one of the most iconic terror attacks, which took place during the Munich Olympics in 1972. More than ten films, both fiction and documentary, have re-enacted this event. The work examines the mechanism of re-enacting historical events using cinematic tools, emphasizing different perspectives on how confusion is created about the different roles and their evaluation in this event.

The video shows all the films layered on top of each other using transparencies. The films show the event in a chronological order and therefore show identical scenes of the event but represented differently in each film and same characters look only similar to each other.

Layering them on top of each other points at the gap between an event itself, its representation through media in film and television, and between each representation. None of the films tell the exact same story; there is confusion in who is who and who did what during the event. This effect happens not only because of different interpretations of the event or multiple versions but also due to obligations to media standards and production values.

Dani Gal (b. 1975 in Jerusalem, Israel) is a video artist who lives and works in Berlin. Core interest of his work is memory, recollection, recording and the methodology of writing history. His research into various topics results in video, installation, collaborations and performance that often involve sound. 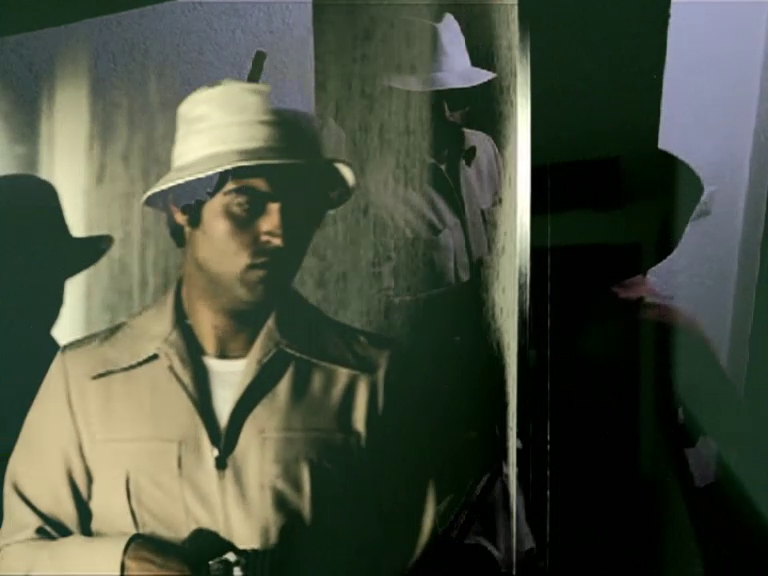