Martin Skauen’s Slideshow Johnny is a portrait episode of an experimental outsider artist, dedicated to the bone, highly influenced by personal issues. Alternating between beat poetry, comedy and with a surreal, dark and poetic sensibility, the series of acts diverse in tone and subject matter. There is a hilarity, naïveté and insecurity depicted through the character of Johnny that explores the fragility of individual artistic expression alongside the scrutiny and hasty critique of the mainstream. Skauen pushes that fragility to its limits and invites the audience to engage with those aspects of artistic practice and opinion making. At the forefront of the work is fear of mediocrity and the notion of legitimacy and critique, the audience is a vital part of the act, their laughter, clapping, cheering, or bemusement as well as other ambient sounds is heard throughout the work.

Skauen’s portrait of Johnny alternates between extreme self-confidence and doubt, represented in the plastering of posters to announce the show, random chairs and oversized screens, with a theatrical yet budget installation, Skauen proposes a fine line between the pathetic and the super star, and the fickle nature of the audience. 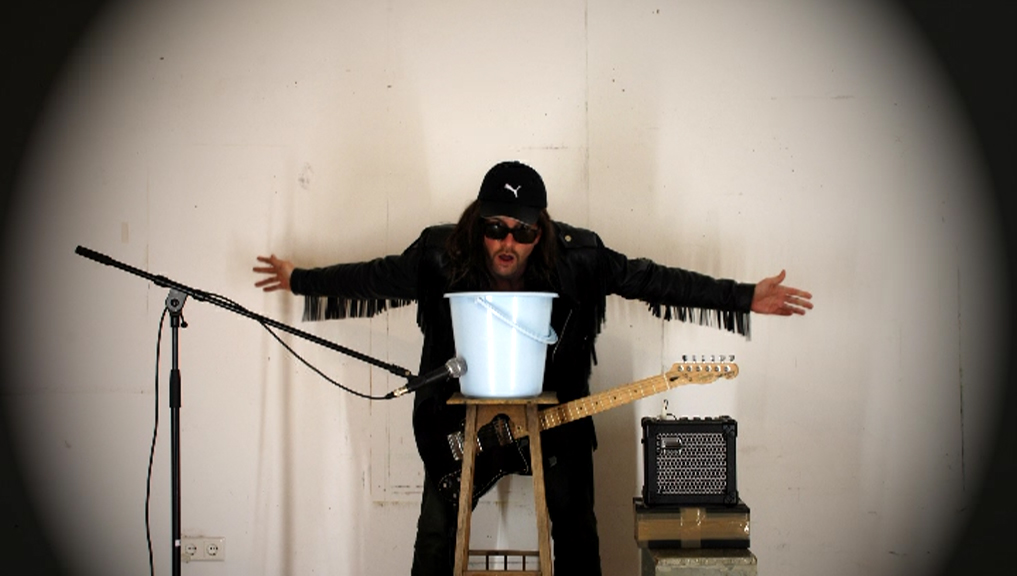