Inaugurated in 1969 as “sozialistische Hoehendominante”, the TV-Tower on Alexanderplatz was meant to be the second tallest tower after Moscow’s. It was a symbol for the socialist East Berlin, former capital of the GDR (German Democratic Republic, 1949 – 1990) – a promising futuristic tower that could be seen far into the West. Today, the TV-Tower is still as popular as it used to be, but it has taken on a different significance. In the 90’s it became the emblem of Berlin’s new young and international cultural scene.

Throughout political turmoils, its chief attraction remained the rotating restaurant at the top of the tower. Revolving with a speed of 1 turn per hour during the GDR times, it was speeded up after the German Reunification in 1990. With the introduction of western capitalism and its new values, the nucleus of the TV tower adopted a 200% faster rotation so as to spin by a rhythm of 30 min. per turn. This upgrade is not only time-saving – to get a quicker look at the city below – it also allows a rise of the café consumptions, as the average guest stays one full turn on his seat.

“For our video work Fernsehturm – Panorama Berlin (1997), we used a fixed camera to film one rotation of the restaurant. We reduced the actual speed back to 60 min., the original duration of a turn of the TV-Tower restaurant before the fall of the Wall. As the camera denies us all the expected panorama views, we focus instead on the citizens and visitors inside the rotating bubble. The quaint events of the café on a cloudy Berlin afternoon are passing by in some uncanny sort of slow motion. Perhaps does it reflect our own nostalgic imagination – a past GDR seen from the point of view of a speeded up society.” – Nina Fischer & Maroan el Sani

Nina Fischer (b. 1965 in Emden, Germany) and Maroan el Sani (b. 1966 in Duisburg, Germany) are artists who have collaborated on film and photography projects since 1993 that involve abandoned architectural projects to which they introduce actors who animate new stories for these politically fraught loci. Recent screening programs and exhibitions in which they have shown include: Forum Expanded, 63. Internationale Filmfestspiele, Berlinale, Berlin, 2013; Architektonika, Hamburger Bahnhof─Museum für Gegenwart, Berlin, 2013; Quest for Vision vol.5: Spelling Dystopia, Metropolitan Museum of Photography, Tokyo, 2012; and Spell On You, Mediacity Seoul Biennale, Seoul, 2012.

As a duo, they have participated in numerous exhibitions, including the Gwangju biennales in Korea in 1995 and 2002, the Berlin Biennale of 1998, the 1999 Liverpool Biennale, Manifesta IV in Frankfurt, 2002 and in the Yamaguchi Center for Arts and Media in Japan, 2005. ‘Palast der Republik’ was recently presented in the Hamburger Bahnhof in Berlin.

Fischer and el Sani live and work in Berlin. 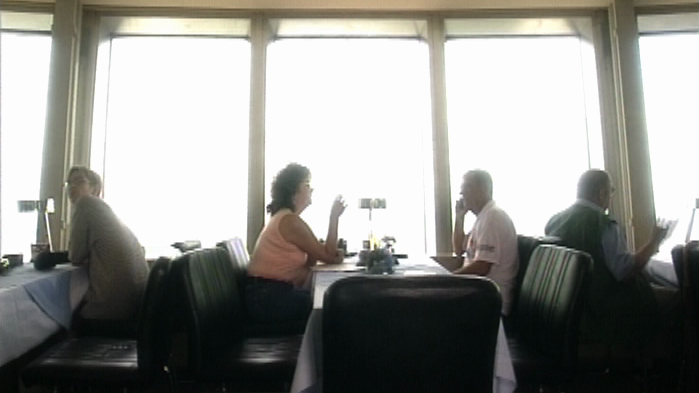