Raphaela Vogel’s title encapsulates both the playfulness and the agenda of this work:  it alludes to a psychological state, but also suggests an authorial, ennobling condition for a woman – the German “Gräfin” translates as countess.

A figure in a darkened room, who seemingly shoots herself from below. Next, a close-up superimposed to a grid: she pins up her long hair, as a light strip moves upward across a glass pane of what seems to be a common flatbed A3-scanner device. Is that still her, the countess’ visage we see on the scanner screen, or is it the reflection of a video rendering? Or, is she instantaneously scanning the video? Is the video scanning the film scanning the psycho-countess-self scanning?

The mirror effect which structures Psychogräfin echoes a celebrated formula by Rosalind Krauss. In 1976, she had argued that video is a medium of self-absorption, which urged her “towards the psychological model” to describe video and gave rise to the central question: “The medium of video is narcissism?” She coined a strong simile for (performing) artists’ video: a body centered between two appliances that act as parenthesis: “The first of these is the camera; the second is the monitor, which re-projects the performer’s image with the immediacy of a mirror.”

In Psychogräfin, the parenthesis recurs: the scanner device on the one side, the laptop mini-camera on the other. Watching the loop, one recalls Joan Jonas’ Vertical Roll (1972). Desynchronizing the frequencies of the signals on camera and monitor – the frame base scans upward to loudly smash the top of the screen –, Jonas influenced the syntax of the video. Also, think of Lynda Benglis’ early self-superimposing experiments. Vogel´s mirroring scan not only disturbs a scopophilic, but also a narrative mode. It both references and counters certain earlier self-fixated, self-aggressive body art (take Abramović’s Art must be beautiful, artist must be beautiful).

Raphaela Vogel (b. 1988 in Nürnberg, Germany) lives and works in Berlin. After her studies at the Academy of Fine Arts Nürnberg and at the Städelschule Frankfurt, she was a scholar at De Ateliers in Amsterdam. In Spring of 2015, she held her first solo exhibition at Bonner Kunstverein, Bonn. In 2018 she had her first international solo show at the Kunsthalle Basel and presented a vast Installation at Berlinische Galerie for Videoart at Midnight Festival ’18. Works by Raphaela Vogel were on display at Haus der Kunst in Munich in 2019 and at Kunsthaus Bregenz in 2020. 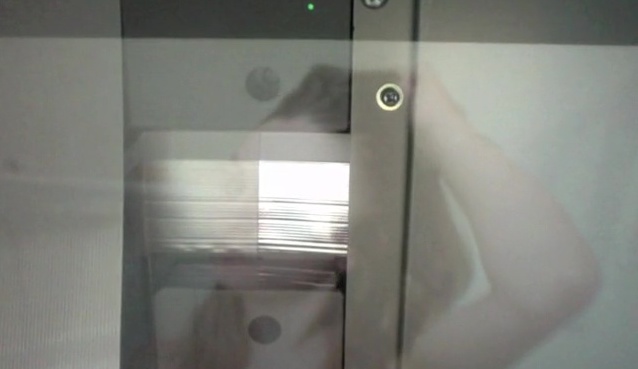