Playfully challenging the reality-fiction divide, the conceptual artworks by Sven Johne are mostly based on a form of journalistic storytelling, in which the artist stitches visual material with narration and re-enactment. It seems that Sven Johne’s work stems from a double methodology: the construction of seemingly documentary stories and their solid anchoring in research. In his photographs, films and installations, political, social and cultural events become tangible and can be reloaded through individual stories. Through the everlasting question of authenticity, Johne exposes the media that shape our access to the world. Aren’t those texts and images the necessary proofs that allow us to retell (and recreate) our own cultural myths? The visual witness becomes in Johne’s work the shifting ground for a questioning of our History-making processes, as well as our thirst for new excitements.

Interestingly enough, in this particular work Johne takes a step aside by focusing on the act of storytelling per se. “You will be amazed, perhaps distressed.” Setting his spectators’ expectations, a compere announces in an endless loop one sensation after another. His chief concern appears to be with effect rather than meaning. Yet no gasp, nor applause, nor cries are heard from the audience. In fact the show never opens and the public remains invisible. In the closed space of the theatre, the “Greatest Show on Earth” is as shut off from reality as it is from the spectacle itself. As a bizarre series of magic tricks, the narrator make performers, animals, and all kinds of extraordinary creatures appear and disappear. The fantasies are summoned and dispersed so quickly that we are soon overwhelmed by the imaginary multitude. Its hectic grotesque and cruelty leaves us numb, or rather at unease – a sort of Lynchean anguish. What if we didn’t really want to listen too closely?

In The Greatest Show on Earth Johne confronts us with the capitalist entertaining void – where anxiety and boredom are closely paired – and where the quest for new sensations is limitless. And, did you know? The show is “only for you”! – Jade de Cock de Rameyen

Sven Johne (b. 1976 in Bergen on Rügen, Germany) uses the media of photography, video, text, and archive collections to display his work’s conceptual approach. At the core of his work is the question of the authenticity of information, documents and narratives and their verifying nature.

The elements of his work function as apparent or actual proof of the fates of individual, in which, in turn, present-day social, economic, and political conditions are manifested. The subjects are often closely linked to the social changes in East Germany and their effect on individual life stories. Johne’s work reports on former refugees from East Germany, border soldiers, and civil rights activists, but also on ship-hijackings and hiking through the East German countryside in search of wolfs. Fact and fiction interweave; bits of information become symbols. Research results are shaped into allegories of yearnings, ideologies, and economic development.

Sven Johne belongs to a generation of artists who grew up in the former East Germany. He experienced the autumn of 1989 as a child and today examines in a variety of ways, with a politically sharpened awareness, the issues of the historical legacy of East-West German history. 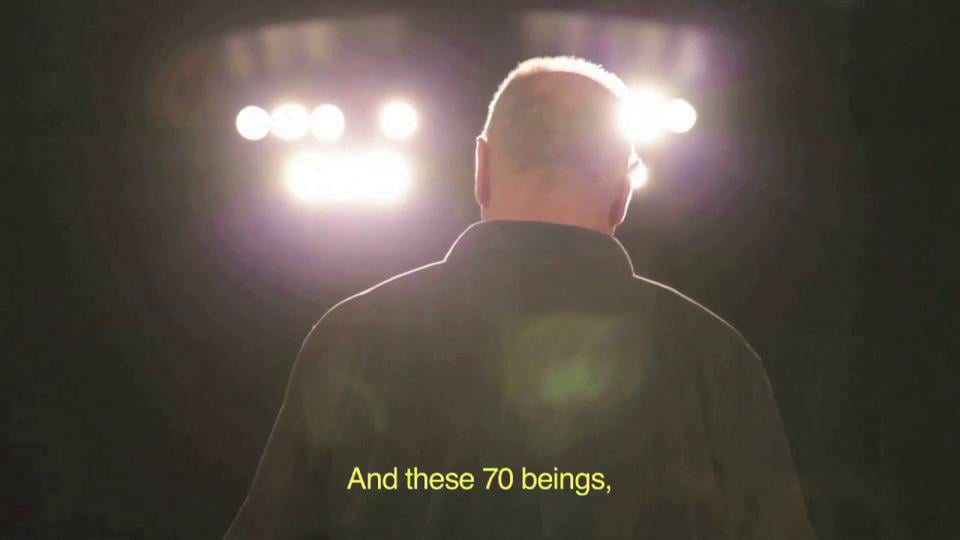